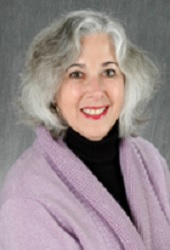 Sara Rosenbaum, JD is the Harold and Jane Hirsh Professor of Health Law and Policy and Founding Chair of the Department of Health Policy, George Washington University School of Public Health and Health Services. She also holds a Professorship by Courtesy in the law school and is a member of the faculty of the School of Medicine and Health Sciences. A graduate of Wesleyan University and Boston University Law School, Professor Rosenbaum has devoted her professional career to issues of health justice for populations who are medically underserved as a result of race, poverty, disability, or cultural exclusion. An honored teacher and scholar, a highly popular speaker, and a widely read writer on many aspects of health law and policy, Professor Rosenbaum has emphasized public engagement as a core element of her professional life, providing public service to six presidential administrations and 15 Congresses since 1978. With respect to public engagement and health policy practice, Professor Rosenbaum is best known for her work on the expansion of Medicaid, the expansion of community health centers, patients’ rights in managed care, civil rights and health care, and national health reform. Between 1993 and 1994, Professor Rosenbaum worked for President Bill Clinton, directing the drafting of the Health Security Act and designing the Vaccines for Children program, a landmark law offering near-universal coverage of vaccines for low income and medically underserved children. Professor Rosenbaum also regularly advises many state governments on matters of health policy. Professor Rosenbaum is the leading author of Law and the American Health Care System, 2d ed., published by Foundation Press, May, 2012, a landmark textbook that explores in depth the interaction of American law and the U.S. health care system. She has received numerous national awards for her work, serves on many organizational and foundation boards, and advises the federal government on national health policy. She is a member of the CDC Director’s Advisory Committee, the CDC Advisory Committee on Immunization Practice (ACIP), and a Commissioner on the Medicaid and CHIP Payment and Access Commission (MACPAC), which advises Congress on federal Medicaid policy.